Using addons is pretty much a requirement in World of Warcraft these days. Yes, you can get by without them, but many of them make the game feel better to play. Unfortunately, this double-edged sword can lead to “addon bloat” as you begin downloading every addon that does something cool. Unless you have a monster rig, this will likely lead to worse frame rates (FPS) and in-game performance.

In this guide, I want to show you how to check and see if your addons are hurting your performance. If you are more of a visual person you can check out the video version I made of this guide below.

Let’s start by talking about why addons impact gameplay…

Why Do Addons Impact FPS and Performance?

Addons impact your FPS because they require processing, or CPU, power to run. If an addon uses a lot of processing power, it will take resources away from the game’s rendering of more frames. Some addons are bigger resource hogs than others and will hurt your FPS.

We’ll look at how to find these addons in a moment, but first, let’s talk about how to see your current frame rate.

How to See Your FPS in World of Warcraft

You can see your current frame rate by hovering over the red question mark icon on the quick menu at the bottom of the screen. Or, you can open the default FPS display by pressing Ctrl + R. If that doesn’t work, make sure you haven’t changed the keybinding by pressing ESC -> Key Bindings -> Miscellaneous -> Toggle Framerate Display.

You can also use an addon like FPS Counter to customize the display further. This will allow you to move the location of the display and change the color and size of the font.

How to Test Addons for Performance/FPS impact

Now that you know a little about how addons impact gameplay and FPS, let’s talk about how to test the effect of your mods. Ironically, it will require you to download an additional addon because the information we need isn’t easily accessible in the default UI.

There are 2 addons you can use to run tests — Addon CPU Usage or Addon Usage.

The first testing addon I want to go over is called Addon CPU Usage.  It is an easy-to-use addon created by the author of Plater and Details. It can be installed from CurseForge or through an addon manager like Overwolf or WowUp.

To use it, you can click on its minimap icon or type /cpu in chat. This will open a window that walks you through the steps required to measure your addons. The first thing that you will notice is that this addon is meant to be used in raid. If you aren’t big into raiding, you can use the addon in a raid finder group or skip down to the second option.

Once you have entered a raid group, you will need to click on “Start Profiler” at the bottom of the window. Then jump into combat with a raid boss for 2 minutes. When the fight ends, a report will pop up and show you the impact of each addon.

The report shows how much of the 2-minute fight was dedicated to processing the code for each of your addons. If an addon had a total time of 1.5 seconds, that would mean that 1.5 seconds of the 120-second fight was spent running that addon.

On a side note, you can also click on “Show Graphic” at the top to see how the CPU use for your addons changed throughout the fight. This can be useful in identifying FPS problems that occur during certain phases or when spells like bloodlust are used.

You can read the guide I wrote here if you want to dive deeper into using Addon CPU Usage.

If you don’t raid, you can use a different addon called Addon Usage. This can then be used to will show how much strain your addons are placing on your CPU.  You can download Addon Usage from Curseforge or through an addon manager.

After installing it, you can use it by typing /addonusage in chat. This will open a window that shows the memory usage of your addons. While memory usage is interesting, it has minimal impact on FPS and performance. The biggest threat to your performance is CPU use, not memory use.

To add the CPU testing in Addon Usage, you will need to check the “CPU Usage” box at the bottom of the window. However, make sure to turn it off when you are done testing because it can slow things down a bit.

By default, the table shows a snapshot of the resource use. To update that snapshot, you can click on the round arrow at the bottom to see a new report. You can also click on the play icon to enable continuous updating as well. This will update the table every second so you can watch for spikes in CPU use.

From there, try disabling or replacing addons with a high ms/s value in the CPU column and watch your FPS increase!

You can read more about the Addon Usage mod in this guide I wrote.

Addons can have a significant impact on your FPS and performance. In some cases, even powerful rigs can be derailed by poorly coded and implemented addons. Fortunately, helpful tools like Addon CPU Usage and Addon Usage can look for addons that are hurting your FPS! Once you find CPU-intensive addons you can either disable them or look for more lightweight addons to replace them.

I am interested to hear what changes you make to your setup. Let me know what addons were causing you to drop frames in the comments below! 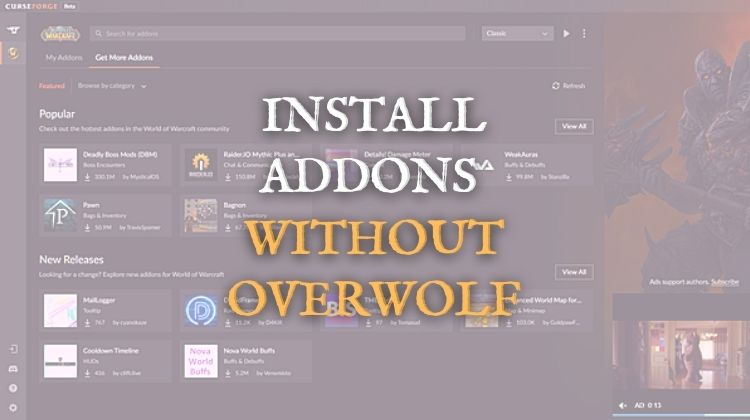